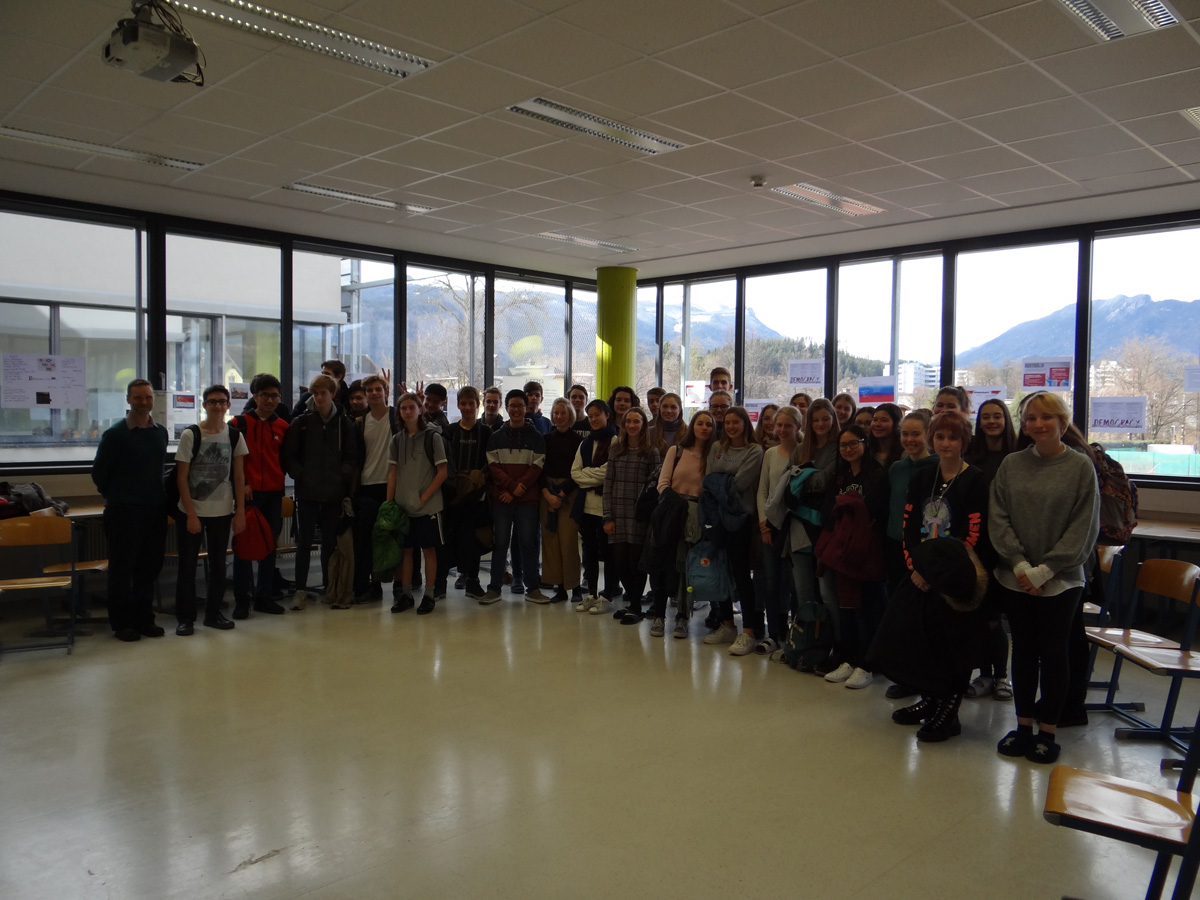 Democracies in the world

On Tuesday, the 4th of February, St. Martin’s bilingual classes 5B and 6BB and 22 students from the International School Carinthia Velden, with history teacher Mrs. Primosch and the director (ISC) Mr. James Brightman and Mr. Brian Ossmann, had a history project about democracies in the world.
After having arranged the classroom, student-prepared posters were hung up, each one covering a different country. Shortly before 9:00, the ISC students arrived and we spent some time “breaking the ice” among the classes, who had never met each other before.
The first part of our schedule was the presentations. We were listening to ten different ones about democracy in various countries like Australia, the UK, Singapore, the Philippines, Mongolia, and Russia among others. Some students created very well-organized and informative PowerPoint presentations, while others presented their topic with the help of interviews or news shows. After that, we had a break lasting more than half an hour; giving us the opportunity to “socialize”, exchange telephone numbers and eat some snacks together. This also allowed us time to take a look at the posters on our classroom windows once again in order to visualize what we had just heard and be prepared for the following discussion.
The next activity on our “To-Do List”: sitting in a circle and discussing interesting questions like “What is democracy (for us)?”, “Does democracy create equality?”, “What can be done to minimize the abuse of power?” and many more. Further discussion was had on other very important political issues including Communism, Marxism and Capitalism, leading to informative conclusions. It was a very good chance to bring in our own questions, thoughts and opinions about democracy and world politics in general, and a lot of students used this wisely. We could also hear what all the other students thought about democracy and politics all over the world in a different way and there were also many pupils who had had their own experiences about the governments and politics in their home countries.

All in all, it was a very educational morning which brought democracy to life and connected students from two schools with each other. The outcome of this project is that we could make new friends and we also learned a lot about democracies in the world.

By Sara Lagger and Elisa Klein, 5B