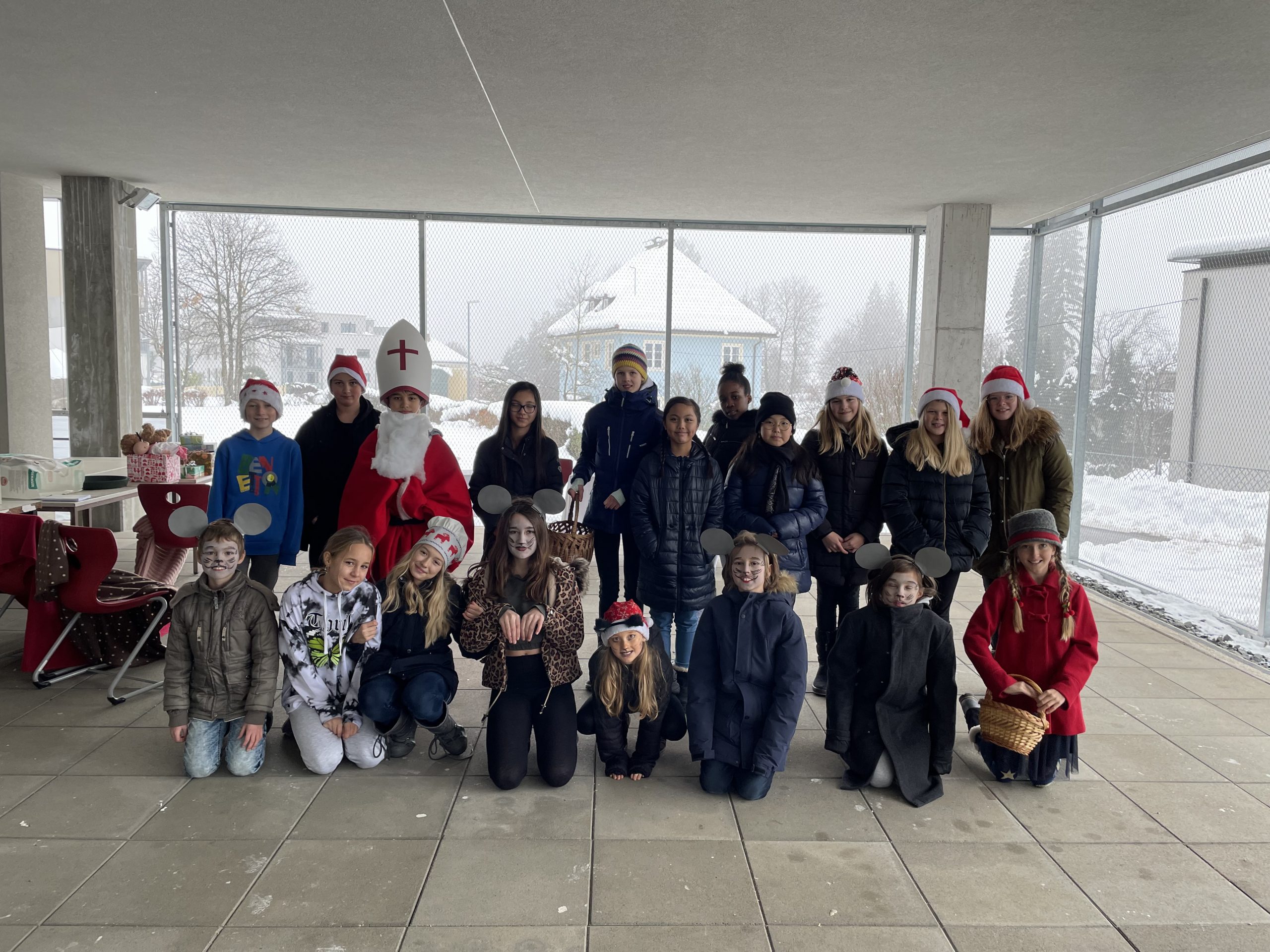 Christmas marks the time when the first year bilingual classes get the chance to showcase their English skills for the very first time. The pupils of 1A and 1B started rehearsing the traditional Christmas plays well in advance. Usually we perform the plays on stage at school, but this year Corona regulations prevented this so we decided to film the plays and put together a video. Several obstacles made sure our project was a challenge. Filming outside (so that we could take off our masks) and thus enduring the freezing December temperatures was one, but the biggest hurdle of all was trying to rehearse the play with some pupils in the classroom and others joining us via video conference from home.

The students all learned their lines and were always motivated and excited to be taking part. A big thank you goes to two students from 8A: Max Mühlberg and Lauren Foster who helped to film the plays and produce the finished video. We are also very grateful to Maryan Oschounig for all the help with the costumes and props and Lisa Wagner-Calnan for the cat and mice make-up .

We hope you enjoy watching our video as much as we enjoyed making it.

Scenes from the Christmas play by 1A and 1B

During the Art lessons with Mrs.Oschounig, the pupils of 1A and 1B were also working hard preparing for the Christmas play. Apart from making sleighs, mouse ears and bakery signs they were also asked to choose a scene from the play and draw it using coloured pencils. These are some of their festive drawings.